Wow! Two in a row for Matt Kenseth. That’s impressive after not winning a race at all last year. It’s also a great start for his rookie crew chief, Drew Blickensderfer. I hope that Kenseth continues to do well all year. Roush Racing is really looking good so far this year. At one time all five of the Roush cars were in the top 10 but Jamie McMurray and David Ragan faded and wound up finishing 16th and 17th. I really thought the Jamie McMurray had a good chance to win the race but he wasn’t nearly as strong as I thought he would be. Jeff Gordon was also real strong all day and gave Kenseth a run for his money at the end. I think that Jeff Gordon will stop his winless streak soon and maybe even win at Las Vegas. It was also a great run for Greg Biffle who finished fourth and Kurt Busch who finished fifth. Tony Stewart who finished 8th has been real impressive so far this year especially considering he’s a new team owner and he’s in the first year with his new team. Kyle Busch rebounded and finished 3rd after a bad Daytona race. Brain Vickers had a good run and finished 10th after having to start at the back of the field. Denny Hamlin and Carl Edwards finished 6th and 7th. Jimmy Johnson finished 9th. It was also quite surprising that Hendrick had two engine failures and Dale Earnhart Jr. and Mark Martin finished 39th and 40th. The next race is in Las Vegas. I have a feeling that Kurt and Kyle Busch will both have great runs there. I think that Biffle and Edwards also have a great chance to win at Las Vegas. I can’t wait for next week.

Aerobics and Your Heart 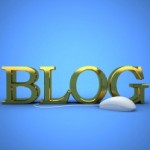 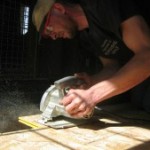